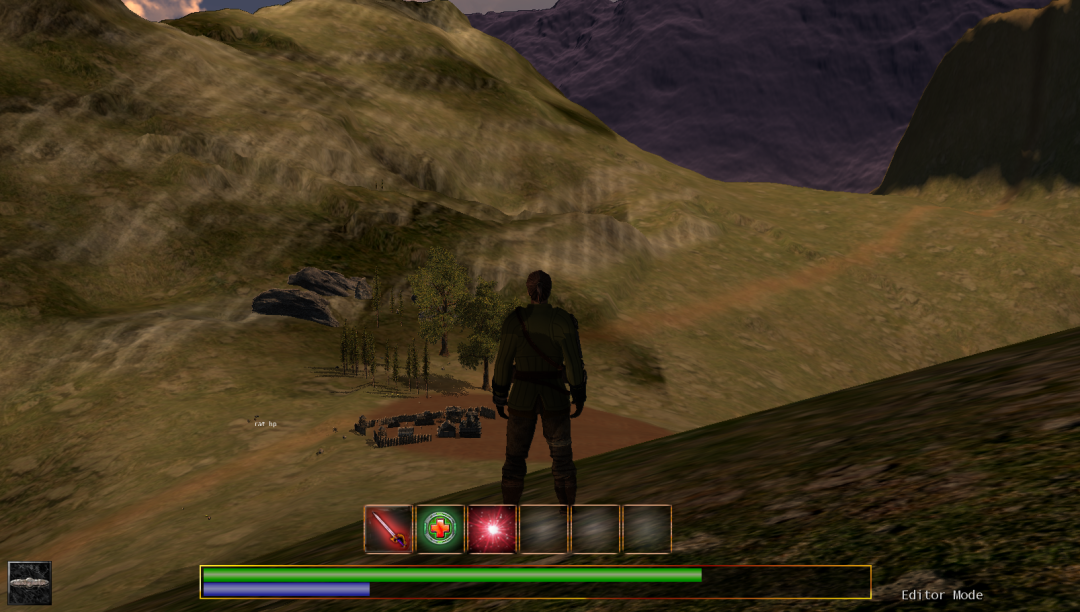 Behind The Scenes Pt2

Well there’s not much to show visually. So much behind the scenes to do to get combat basically working.

Ok I needed to create an NPC class to store stats about them (just health, power, attack and defence for now). The player needed those too but that’s nice and simple.

I had to improve the editor so it would allow to be able to flip between editing static entities (trees, rocks, houses) and moveable, targetable things like peasants and giant rats.

That means I need to save and load npc data seperately. All the attributes about each npc.

.. yeah as I said it’s a bit of a boring update but it has to be done.

Oh one interesting thing you can see from the screen shot is where it says “rat hp” near where the rat enemy is. This is an UNprojected 3D coordinate of where the rat is. That means if he’s targetted you’ll be able to see his target arrow, name, health etc even through walls and stuff. That’s kinda how WoW/EQ2 work. Maybe i’ll depth sort it and NOT do that at some point but I like it for now. Comments would be appreciated.

I should be able to place roaming enemies and attack them soon. That sounds more fun.