Back Into the Big World Again

Well that was unexpected wasn’t it?

Like many of you the global pandemic turned my life upside down – thankfully non of my immediately family catching the disease but nevertheless, I’m sure we all know someone who knows some who has been infected or even died. It’s almost unbelievable that this has happened. As many people have said it’s like something out of a Hollywood movie (Contagion is pretty damn close actually except thankfully this isn’t as deadly).

Anyway I’ve barely had time to work on this project at all since apparently January according to this blog. I’ve squeezed in the odd hour here and there but mostly I’ve been rapidly making my business still earn something (and closing my fledgling other business while turning it into something else). So.. yeah I’ve been incredibly busy. Despite being on lockdown for most of the last few months.

That said. Things seem to be returning to an ok state so I am back and have time to get this thing moving. I still think I can release it or at least get it to a beta by the end of 2021.

So much of it is written!

Ok so what have I managed to add? Well I’ve started to really realise just how BIG my world is. Far too big in fact. I’ve decide to wall off around half of the landscape you can actually get to although you can still see it in the distance (and it allows me to extend into it in the future. By “wall off” I mean I’ve been making impassable rocky formations, steep cliffs etc. I’ve filled in huge amount of the surrounding areas around Tarin, Serah (and the beginning dungeon) and the Goblin Camp and on top of that I’ve made the road extend all the way, winding it’s way, up the mountain until it reaches the plateau which will reside the capital city of the realm.

The road itself has ended up far longer than I expected and I takes a good while to make it look random without it looking a complete mess.

I’ve changed the grass/mud texture for a more grass texture (since I can always blend with the mud anyway) and switched out the rocky texture used for far away cliff faces to one with finer detail (and smaller rocks) for rocky patches along the road.

The biggest challenge has been avoiding making the road far too steep to be realistic so I’ve had to wind it around and reduce the steepness. This has had it’s own share of annoyances with the edges of “terrain nodes” being obvious if I need to raise or lower a point near them. Easily covered up with debris, rocks and bushes but its very time consuming. You can see why games like the beautiful Final Fantasy 7 Remake have literally hundreds of people working on them.

Which leads me nicely to my next point which is “scope”. Since I’m pretty much a 1 man band with the help of some outsourced animations, models and textures I can’t realistically make the next huge AAA RPG (Witcher 3 style) etc. So I have to do what I can realistically do.

Weirdly Animal Crossing New Horizons (great game to play during Lockdown by the way) has taught me that I don’t really need to a have huge cinematic sweeping story OR amazing graphics. I mean my graphics are nice enough but they don’t compete with RE3 or FF7R etc. What AC:NH showed is that I just need to make it fun and addictive: Give people a reason to come back to complete their collection of artifacts or do mini missions to gain some kind of currency which eventually buys you bigger bags or faster running etc etc.

So that’s the road I’m heading down. I’m still filling out the world for now until I finish up my normal work at the end of May then I’ll have some serious time to get back on Realms.

I’ll leave you with a few shots of areas I’m working on (I don’t know if any are finished – I’ll probably endlessly fiddle with them for a while yet).

Stay safe and until next time. 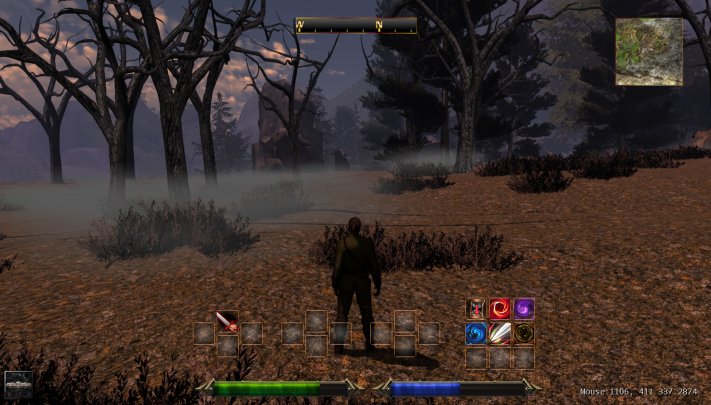 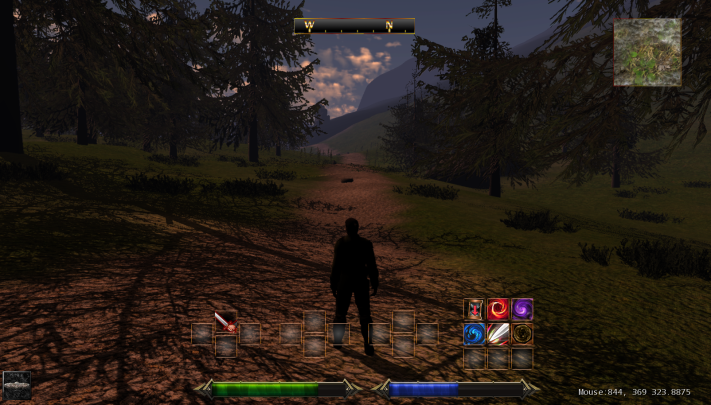 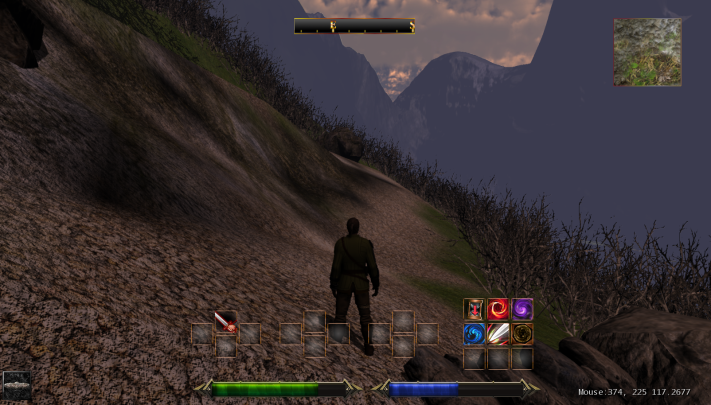 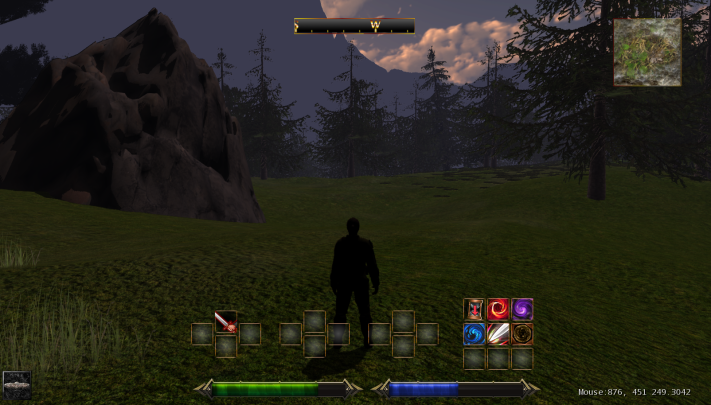 One thought on “Back Into the Big World Again”