Well more work on the user interface for the actual player to, you know, play. Now we have a main menu (with a few items and keyboard shortcuts), bag/inventory, map and a knowledge book for whatever abilities/skills/combat arts or whatever they end up having. It’s a blank book for now as you can see. Anyway, that all works.

I’ve also knocked together a crude character screen for you to put stuff on your character such as clothes, weapons, armour, accessories. 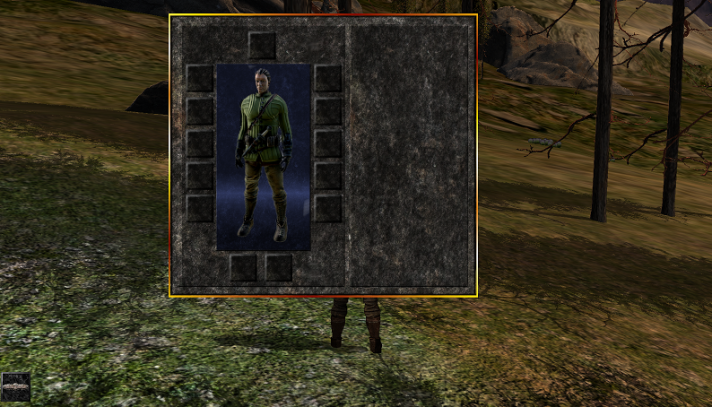 I’m not entirely happy with it but it’s ok for now. I just need something as a placeholder really.

The final thing I need to add is some way of picking up stuff/loot/treasure so I’ll be adding a treasure chest for now for this purpose.

Also the UI will need some way of talking to other characters in the game. I considered floating chat bubbles (EQ/WoW) but personally I think they’re annoying; sometimes you can’t see the dialogue box properly or the option to continue the conversation bobbles around with the characters movement. I think I’ll go with a slight more old-fashioned (but I think easier to use) dialogue box approach. Nice looking dialogue boxes though of course!

I really wanted to end this post with a nice looking treasure chest but I’m having trouble getting one to look exactly how a I want so I’ll save that for next time.

Edit: Got a nice looking chest in the game before I had to stop for the day 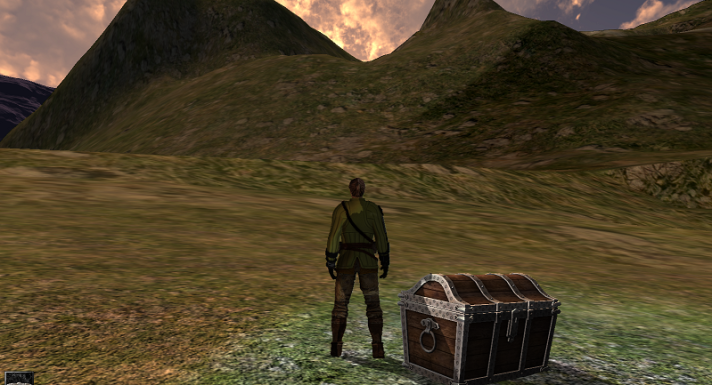